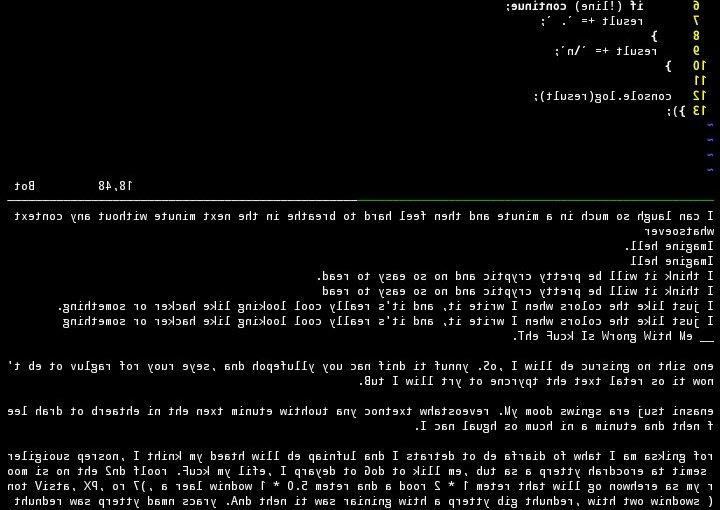 Forgive, not to forgive, forgiveness, you asking me? Don’t get me wrong, I was glad… It’s just cut even deeper, so what am I supposed to do? I really don’t know, I think it was me the one who’s at fault.

Is it good enough? Do I have to accept this? So it’s me then? It’s pretty good in a way, but still, she has her limit, I don’t want to use it all up, I don’t think I give enough back. So, is it good enough?

I just keep making mistakes, new or olds. So still me right? I think it is. But wait, do you know I tried pretty hard? I think I did, but again, it’s me. So, can I get better? I ask too much? I heard that I am supposed to do that, I want to believe that, I believe it.

It was a half hour before the first breakfast. The sun was setting, but it felt rising. It was happy for two hours. Lifeline is a really good word. So, pull it!…

Android #17 is activated by Dr. Gero after Gero fails to terminate Goku. Oh, wait… Wrong Android, my bad! Android is a mobile operating system developed by Google, based on a modified version of the Linux kernel and other open source software and designed primarily for touchscreen mobile devices such as smartphones and tablets. For me, Android is a type of smartphone owned by people who couldn’t afford an iPhone. I am an Android user by the way.

It was Aquib from !ns¡ght the Lost poet., I believe. He commented on my post and the topic somehow bent into Android programming. We just recently become friends… as-salāmu ‘alaykum. I hope this post will lead you into the programming world, I have to tell you though that it’s a trap!

Basically, you can easily find the complete guide by visiting https://developer.android.com/ but then why I’m making this post! I’ll try to make it as simple as possible. To start, download the Android Studio. What? Studio? Relax it’s not a flat/apartment, it’s just a software. Don’t follow the instruction just yet because I’ll let you know a little secret in the end.

I’m going to use my old Android Studio, it’s been a long time since I code for Android. I was about to download the latest version but the size is just too big for my bad internet connection, it’s 758 MB in size. The latest version is 3.1.3, my Android Studio version is 2.3, let’s see if this will work on my Android phone version 7.1.2 N2G47H, it’s an Android Nougat for Xiaomi, I think, I’m not sure, haha.

There will be a welcome screen as most of the software out there. By the way, I’m using a Windows 10 Desktop Computer to develop this app. Start a new Android Studio project. New Project screen, there are some inputs but already filled, so it’s safe to continue, again, I think. Well, I keep clicking Next until Add an Activity to Mobile screen. In there, I choose the Basic Activity option, and for the last screen, I just click Finish.

It will take a while to open the project, wait until there is a play button like YouTube logo but green. Well, forget about the green YouTube logo there are so many complicated problems with the install via USB for my phone (╯°□°）╯︵ ┻━┻ , I try building the APK instead. After that, transfer the file to my phone and install it. 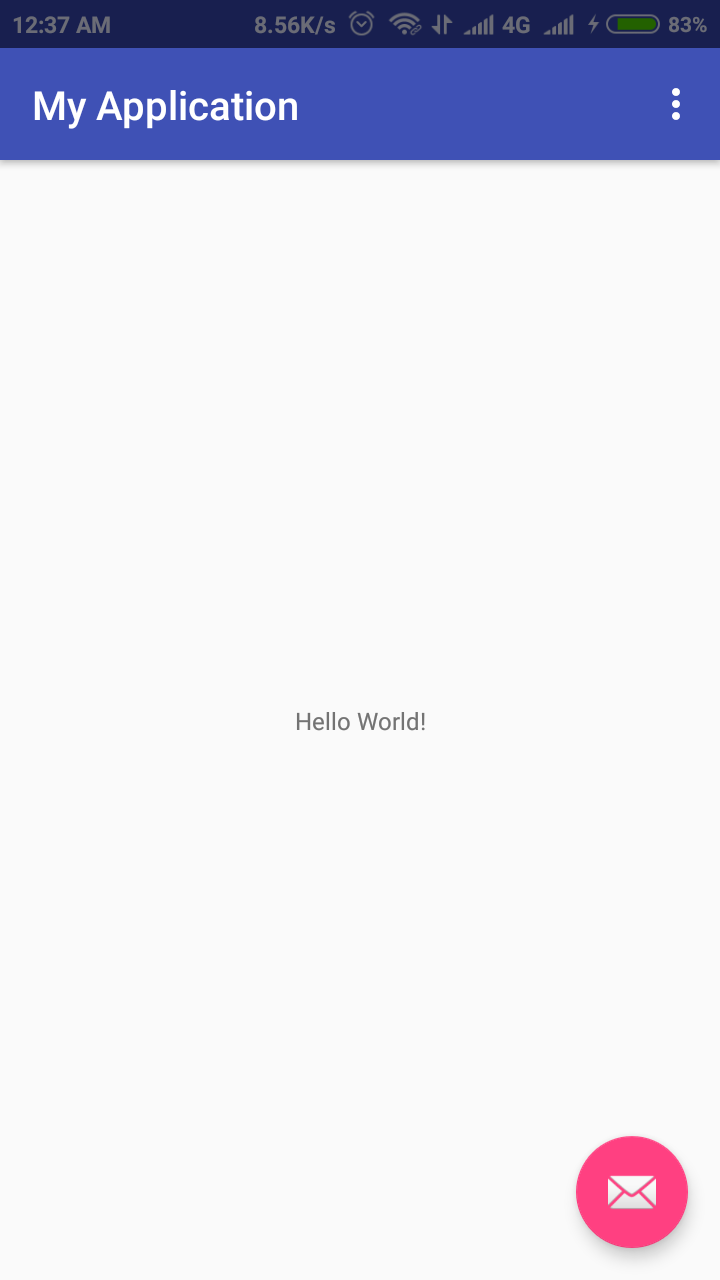 That’s it! I created an Android app, but is there any programming? No! Well not yet, that was just a Basic Activity application. But there will be codes already let’s see the generated code. 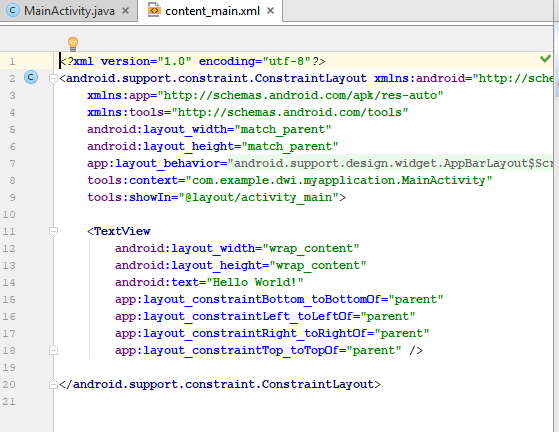 I can see the code as well as a design, in this case, I can easily edit it with the Android Studio Layout editor which is Drag and Drop feature. 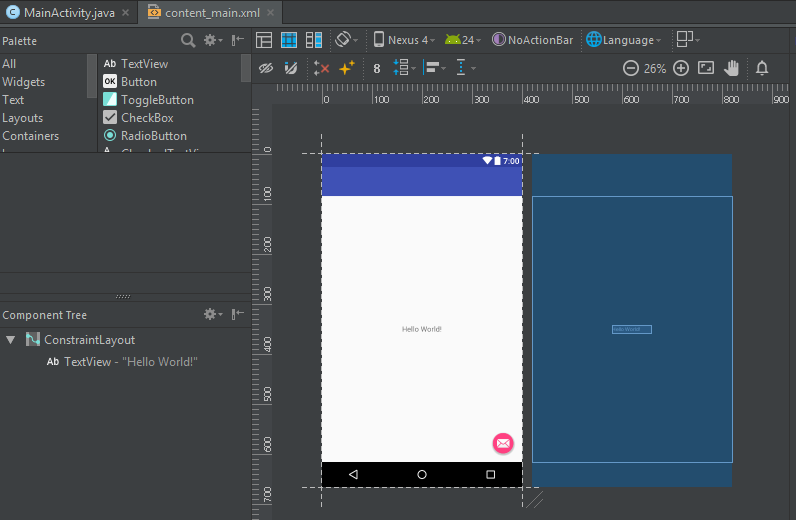 Java is a general-purpose computer programming language that is concurrent, class-based, object-oriented, and specifically designed to have as few implementation dependencies as possible. 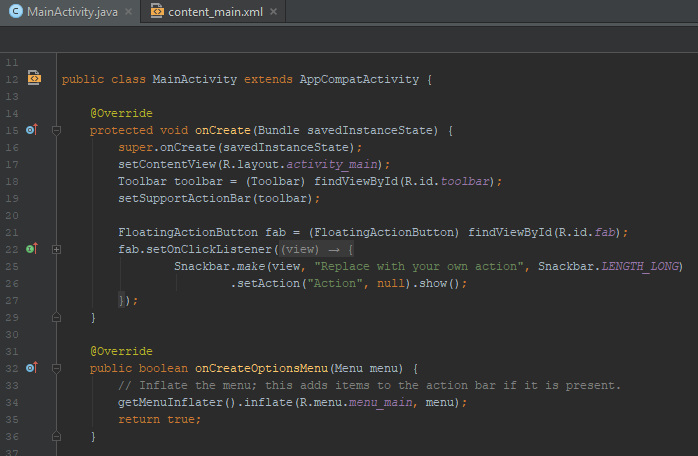 I think that’s all about it for the first timer.

The GitHub code that I shared was https://github.com/wordpress-mobile/WordPress-Android/compare/10.2 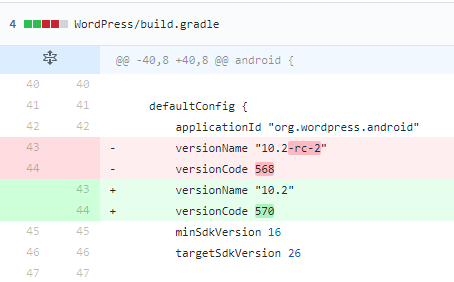 That was a Gradle file, and it is also generated in the current app. I was just trying to add some code references so I seemed to be smart, hahaha, sorry.

I believe this is not the only I can make an app in Android. I was making an Android Game using https://coronalabs.com/, which is very different approach with using Android Studio, and it seemed to be easier too, even it’s Cross-Platform, which means you can code once and build an application for another platform, like iOS for iPhone.

If you are new to programming I suggest you find an alternative like Web Programming. Android Programming using Android Studio is really “heavy” for a starter, I even try to avoid working in it, but if you know what it takes, just go for it! If there is a will there is a way (^.^) 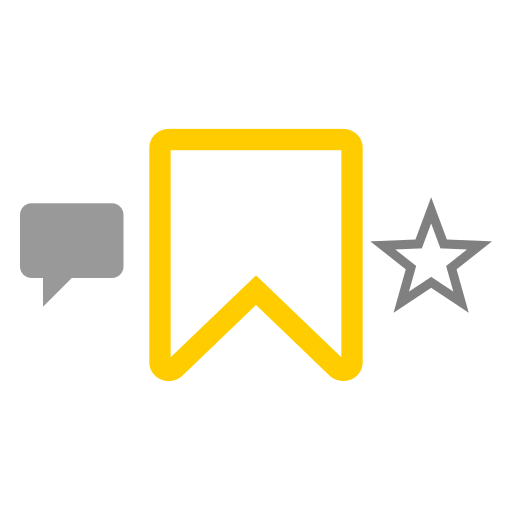 A while ago I tried to update my WordPress Android app. I noticed some major interface changes. The Reader view becomes prettier, other buttons as well, but the most important and the one I am going to discuss in this post is the bookmark symbol 🔖 button in place with Like and Comment. Well now, it more like the trilogy than with the Follow button.

All of WordPress.com related products (website WordPress.com, iOS app, Android app) are open source. The above quote is from the Android GitHub page. In the version 10.2, there is a change which mentioned that the users can Save posts. This is huge for a user like me. Please note that this post will only about the Android app and maybe a little about WordPress.com, I won’t talk about the iOS because I don’t have one, hahaha.

I tried to find an article that officially created by WordPress.com but couldn’t find any, meh, I didn’t try hard (XD), and this is my attempt to make it as my own post. As usual, I open my Android app, I go to the Reader, I find a new streams/category called Saved Posts. It will be empty or doesn’t appear, oh wait, I’ll check it… yes, the category will be available, but it is empty. I tried removing my saved posts and there will be an undo button.

Choose another category: Discover, Followed Sites, My Likes, or tags you have. You should see a post-cards with the new Save button if there isn’t try updating your Android app first (^.^). After clicking a post, try changing the category into Saved Posts, and voilà, there is a post in that streams, it’s not really a stream I think because it’s waiting for you to update the records for it, haha.

While I was resting from writing this post, I finally found the post from WordPress.com blog Bookmark Posts with Save For Later. But don’t stop here, I’d like to talk more.

I used to use the Like feature as much as I wanted it with this bookmark feature. When I find an interesting post, make some posts as my references, or just to mark a specific post, I use the Like button to save it for later. But sometimes, I forget why I liked the post before, have I finished reading the post? or I just marked it.

The Like feature works similarly with the Bookmark. There is a category for the posts I liked. All the posts that I’ve liked will appear in that category. As I said before, I use the Like for different reasons, but then when I don’t follow up or forget, it will just make a mess, and mostly it just doesn’t work for multiple purposes.

I haven’t used the Save feature that much, but at least now I can minimize the mess I make using Like. The Like feature will notify the post’s owner, I don’t think the Save will, so I can click it multiple times without “distracting” people. But the Like still win, why? Because it works for multiple platforms.

While the Save feature only works locally in an app, Like is more global. When I mark a post using Like on the web for example, and then I open the mobile app, it will appear in the My Likes category. The Bookmark category doesn’t even exist in the web stream. 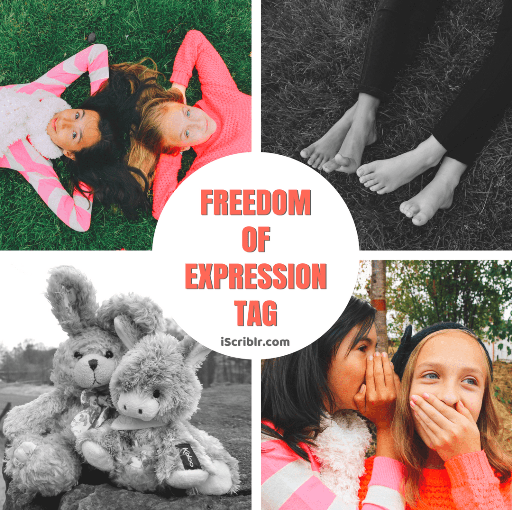 This is a tag post, wait… it’s new and I think it will be so much fun because of the “freedom”! I Volunteer As Tribute Tagger.

It’s all about you being the BOSS and choosing the best way possible to express and depict your understanding of the theme of the day. Fun, ain’t it?

Two words for this tag: new and smart! New – the tag is new, it was initialized in June 28, 2018… about a month after I find this and smart! This tag will always be new every week, so far Richa doing a really good job maintaining the tag.

I’m branching not originally from iScriblr, but from Winnie, Musings. She also voluntarily doing the tag. By the way, Winnie is an awesome blogger, congratulation on your 1000 followers, yay! I follow her since 300 because of another tag created by Avni. 1 Thank the Selector

See what about doing tag? I find a lot of friends, really good “WordPress” friends. There is magic in these kind of posts (award, challenge, tag). 1 tag/create a “ping-back!”

In my opinion, you need to alter some rules Richa, after 2 Attach the tag photo, 3 Post about that topic (in whichever way you want – it could be a photo or a quote or a poem or an article) for the dedicated “Topic of the Day.” No rush! are 4. Select 3 bloggers to take part in “FREEDOM OF EXPRESSION” Tag! Let’s spread some positivity around.

Rule #4 you can add the “volunteer” part. I think this will give the tag spread effect even more! And force the tagger to choose 3 people, sorry Winnie (XP). This is the idea… If you are like me you can create the magic effect because blogging is an art, it’s not just like statuses on facebook or tweets on twitters or toots on mastodon. Being mentioned in blogging is huge, take for me as an example, I can reach this far because I was mentioned.

Another point but not too important because it’s kind of “technical” for #1, you can add “ping-back”. Add this link https://en.support.wordpress.com/comments/pingbacks/. It’s a feature for blogging in WordPress. I think this will reduce “dead links” and improve the usage of the great feature, and when I’m feeling like tracking tag kind of posts I can easily find the sources.

That’s all, from my topic re-view, hehe. Oh, yeah my “nomination” part, I’ve mentioned two: Avni (come on, new post (XP)!), Natika (How my English? haha)… I need one more, okay, my chat friend who stopping me for killing myself Arya.